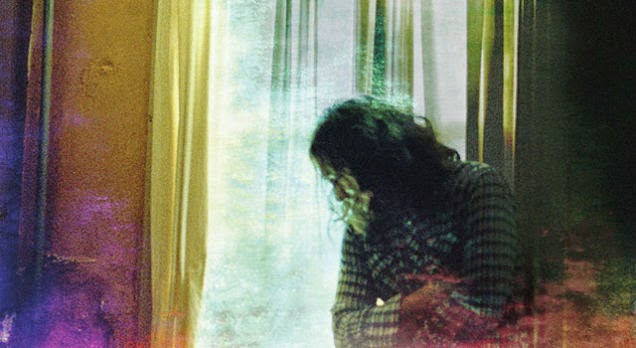 2014 was a year of welcome and often long overdue returns (The Afghan Whigs, Shellac, Rancid, Death From Above 1979, Jamie T and Brody Dalle to name but a few), vital debuts (Lonely The Brave, Royal Blood, Catfish And The Bottlemen), established long in the tooth campaigners releasing some of the best material of their lengthy careers (Bob Mould, Manic Street Preachers, Beck),  great discoveries, emerging underground heroes, some urgent anti-establishment punk energy and even a smattering of genuine pop gold nuggets. Here then, is my annual list of favourite musical moments from the past year:

1) THE WAR ON DRUGS – LOST IN THE DREAM
There were several strong albums in 2014, but this, for me, was the absolute standout by quite some distance. A record which I didn't stop playing since its release in March. It was my soundtrack to the summer, it will be a record I can see me playing on solid repeat for years to come. Born out of a period of personal turmoil for main man Adam Granduciel, his muses may have been acrimonious break-ups, self-loathing, isolation and depression, but sonically the results were the polar opposite - a release of purely euphoric Americana, despite the frequent melancholy and despair of the material. Lost In The Dream is an unashamedly celebratory road trip through classic American rock with Dylan, Springsteen, Henley and Petty at the wheel - a haunting, hypnotic, hazy journey into the dusk and over the horizon where the promise of a new dawn and brighter opportunities lay ahead. 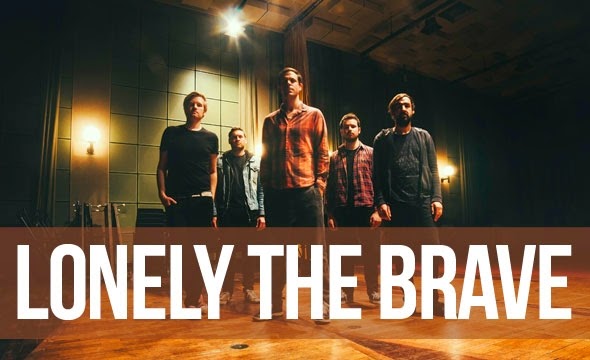 If ever a debut album from a young rock band arrived fully formed and ready for world domination, this was it. Okay, it's taken the Cambridge outfit four years of honing their craft to get to this point, but the result is of such an impressively high standard and soaring ambition, that you feel that had this come from a contemporary American band they would already be headlining enormo-stadiums across the globe. The Day's War is laced with epic, emotional (not emo), anthemic intensity. There's powerful, therapeutic material surging through the lyrics, but amidst the darkness and demons, there's a brutal honesty and breathless optimism, a dark beauty, in a bold, brilliant, mission statement. Stadium and festival headline slots await.

3) BOB MOULD – BEAUTY AND RUIN
By my reckoning, I think this is former Husker Du / Sugar front man Bob Mould's eleventh solo album? It's also one of his best, even at 53 he's lost none of the punk angst or distorted buzzsaw guitar aggression of his younger self. In fact, Beauty And Ruin utterly recaptures that classic Husker Du alt.rock mix of ferocity and corrosive melody, to such an extent that a song like 'I Don't Know You Anymore' could well slot straight into the running order of New Day Rising or Candy Apple Grey and become the underground pop punk anthem which would serve as a source of inspiration for the likes of Kurt Cobain & co.

4) THE AFGHAN WHIGS – DO TO THE BEAST
In a year of musical reformations and returns, The Afghan Whigs' first album in sixteen years took some beating in the long overdue stakes. Retaining some of the raw rock soundscape of their 90's heyday, this isn't exactly a rehash of that era, but recalls that spirit whilst adding new layers of sonic texture - a grand, dark, moody, orchestral selection of soulful songs about Satanic slaughter and twisted retribution. 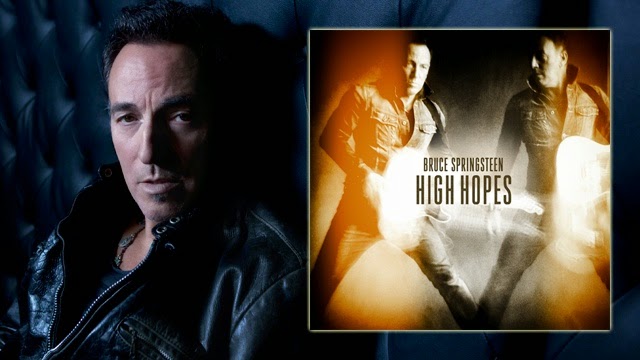 A selection of out-takes, covers, reworkings and rarities, High Hopes largely put together as a stopgap release during Springsteen's endless road warrior touring schedule, proves to be a fascinating collection for fans. There's some filler here for sure, but with Rage Against The Machine's Tom Morello as his partner in crime and inspiration, there's a genuine energy and aggression to many of the new recordings you normally wouldn't associate from a musician eligible for a bus pass. Their pumped up reworking of 'The Ghost Of Tom Joad' is supercharged with duelling guitars which sound like a disturbed hornet's nest in search of revenge, whilst my personal highlight is finally getting a spine-tingling studio cut of the seething polemic 'American Skin (41 Shots)', a song which has once again taken on a timely relevance in the wake of recent stories of police brutality in the States. 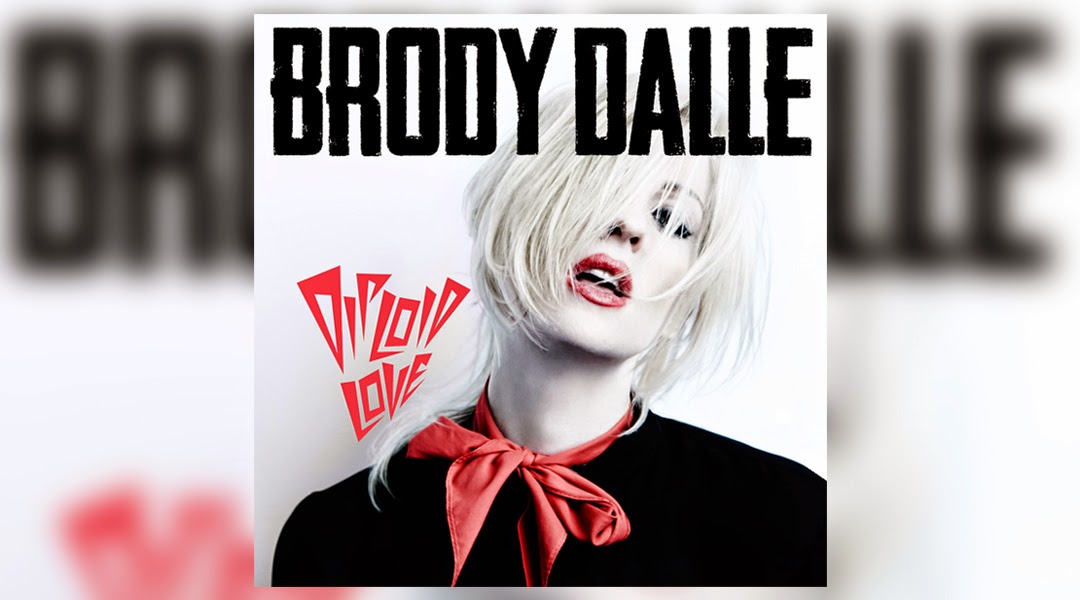 Former Distillers and Spinerrette front woman Brody Dalle returns from a five year motherhood based musical hiatus to reclaim her "Queen Of Punk" crown with a blistering collection of shimmering 21st Century sci-fi sounding rock anthems. With electro beats and muscular guitars vying for attention on a record which shoots between musical genres and styles like a supersonic pinball machine, it's a growling, gritty, euphoric album full of creativity and curveballs.

7) THE GASLIGHT ANTHEM – GET HURT
New Jersey jukebox heroes The Gaslight Anthem's fifth studio album was announced as a departure from their previous anthemic Americana rock template. Touted as a rockier, rougher, heavier sound, actually apart from a couple of tracks with a rawer, more metallic undercurrent there wasn't really any major reinvention here in musical terms, although lyrically Brian Fallon has moved further away from his idolisation of Bruce Springsteen, leaving the open road and dust bowl diners in search of a more personal, earnest and reflective world view. The fact that a lot of the more scenester orientated music press have begun a backlash against the band in the wake of this record, kind of makes me love The Gaslight Anthem even more. 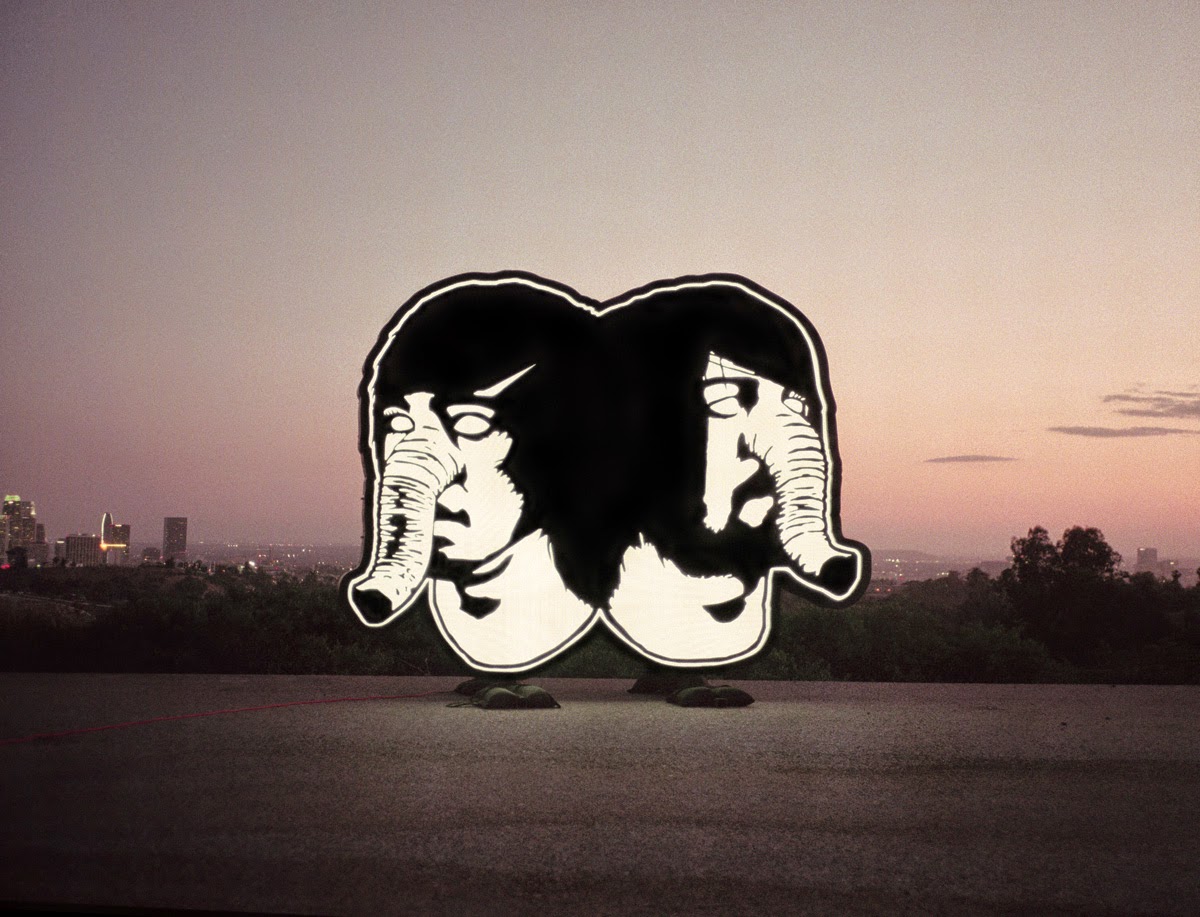 Returning / reforming after a ten year absence in which they've seen their beats-heavy rocky rumble form the basis of the punk/dance movement spearheaded by Skrillex and his like, Toronto's Death From Above 1979's latest opus is a gloriously full-on mash-up of garage punk, stoner rock and pounding dance grooves. Not a major re-invention of their original template admittedly, but for a band who've been away for so long here's a record which sounds visceral, relevant and hungrier than a malnourished pit-bull with the munchies.

9) SLEAFORD MODS – DIVIDE AND EXIT
Already in possession of a bulging back catalogue of profane, prickly, satirical social commentary, Divide And Exit, the latest collection from the Grantham gutter poets is about as punk as punk gets in this day and age. Their scattershot songs are a shambolic selection of deranged diatribes, creative cursing, angry abuse and scabrous psychobabble. Think Johnny Rotten with an East Midlands accent fronting The Streets with the warped humour of Half Man Half Biscuit and the creative kitchen sink wordplay of John Cooper Clarke and you're about in the ballpark of just what a brilliantly belligerent and blackly comedic collection this is. Can't wait to see them live.

10) AGAINST ME! – TRANSGENDER DYSPHORIA BLUES 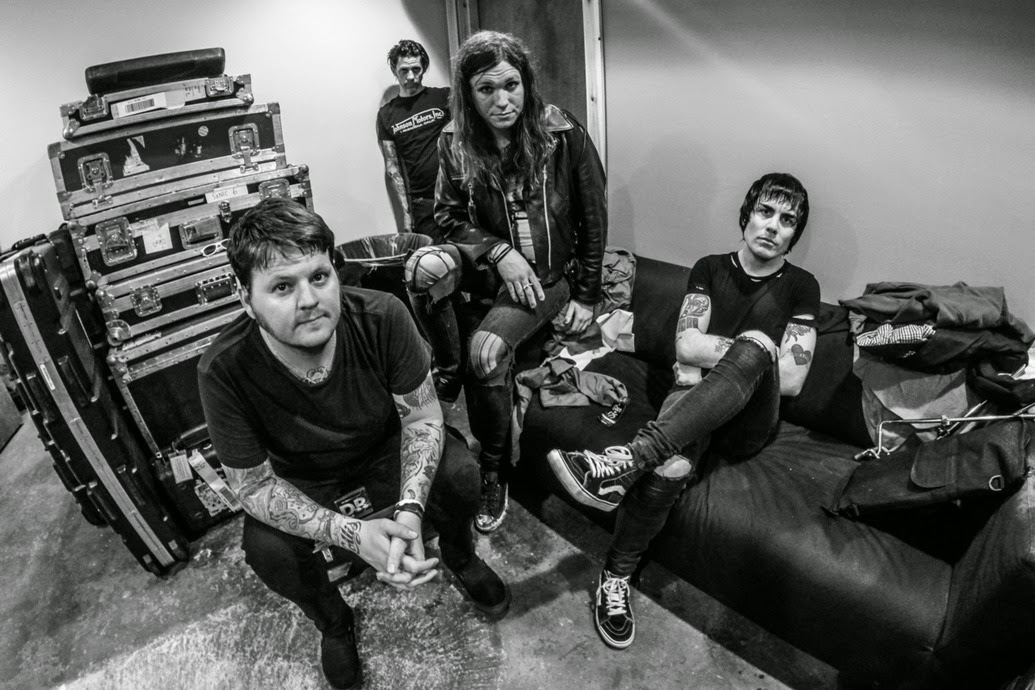 There can be few albums released this or any other year with such a tumultuous and (literally) transformative recording process. Band members leaving, major labels discarded, extensive re-recordings, and the small matter of lead vocalist Tom Gabel's gender realignment and metamorphosis into Laura Jane Grace. Quite the catalyst for a record which jettisoned the more polished production of their last couple of releases to return to a rawer, angrier, more urgent sound. And yet amidst all the bile and brutality there's a real honesty, bravery and celebration of identity, ideology and individual freedom coursing through this release. 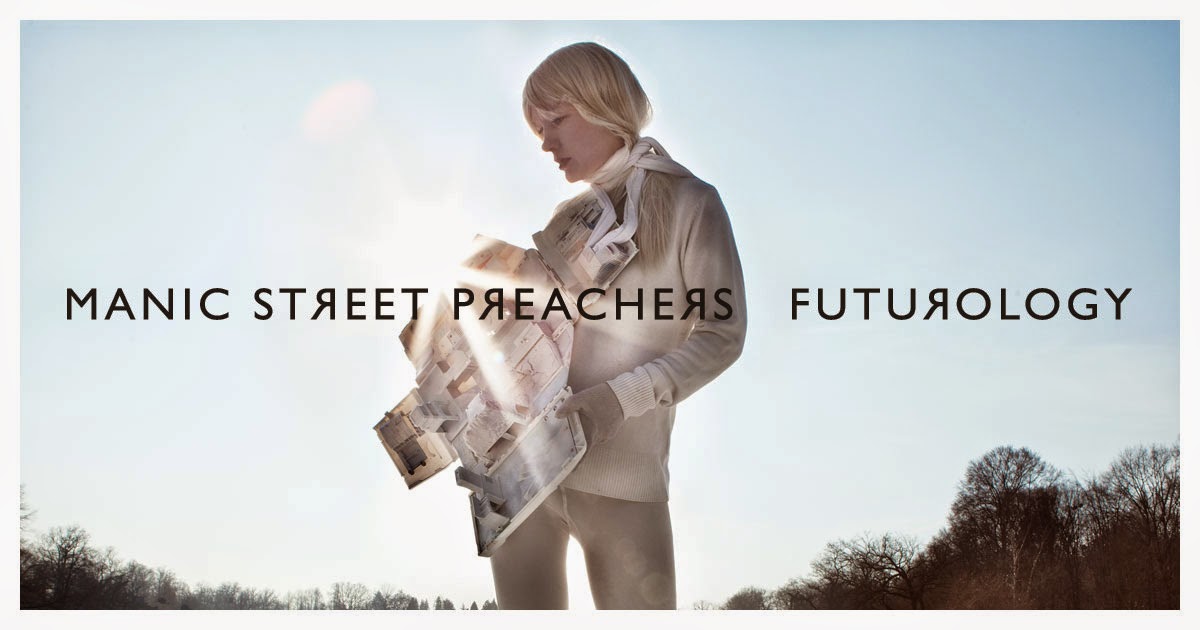 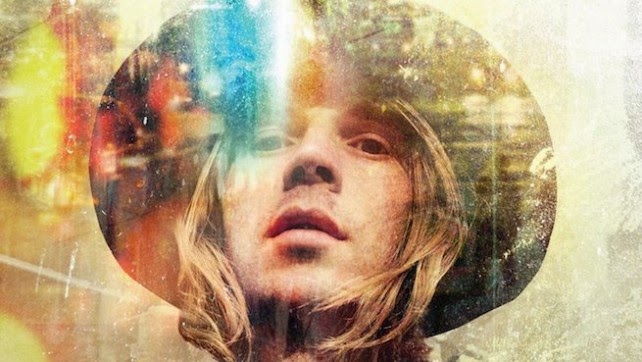 2014 was a year which saw the Brighton two piece take on the sort of stratospheric rise normally reserved for Apollo space rockets. From pub gigs, to all-conquering Glastonbury sets, to the announcement of a support slot at Wembley Stadium is quite the rapid career ascent by anybody's standards. They also had the small matter of a UK number one album, helped spearhead a new wave of crunching, chart-bothering melodic hard rock, and released this literal monster of a single, which not only sounded utterly immense blasting across the nation's radio airwaves, but for a couple of blokes with just a drum kit and a bass guitar to ply their trade with, was a raging maelstrom of riffs surely summoned through some sort of demonic black magic pact. Seriously.......how the hell does a bass guitar make that noise? 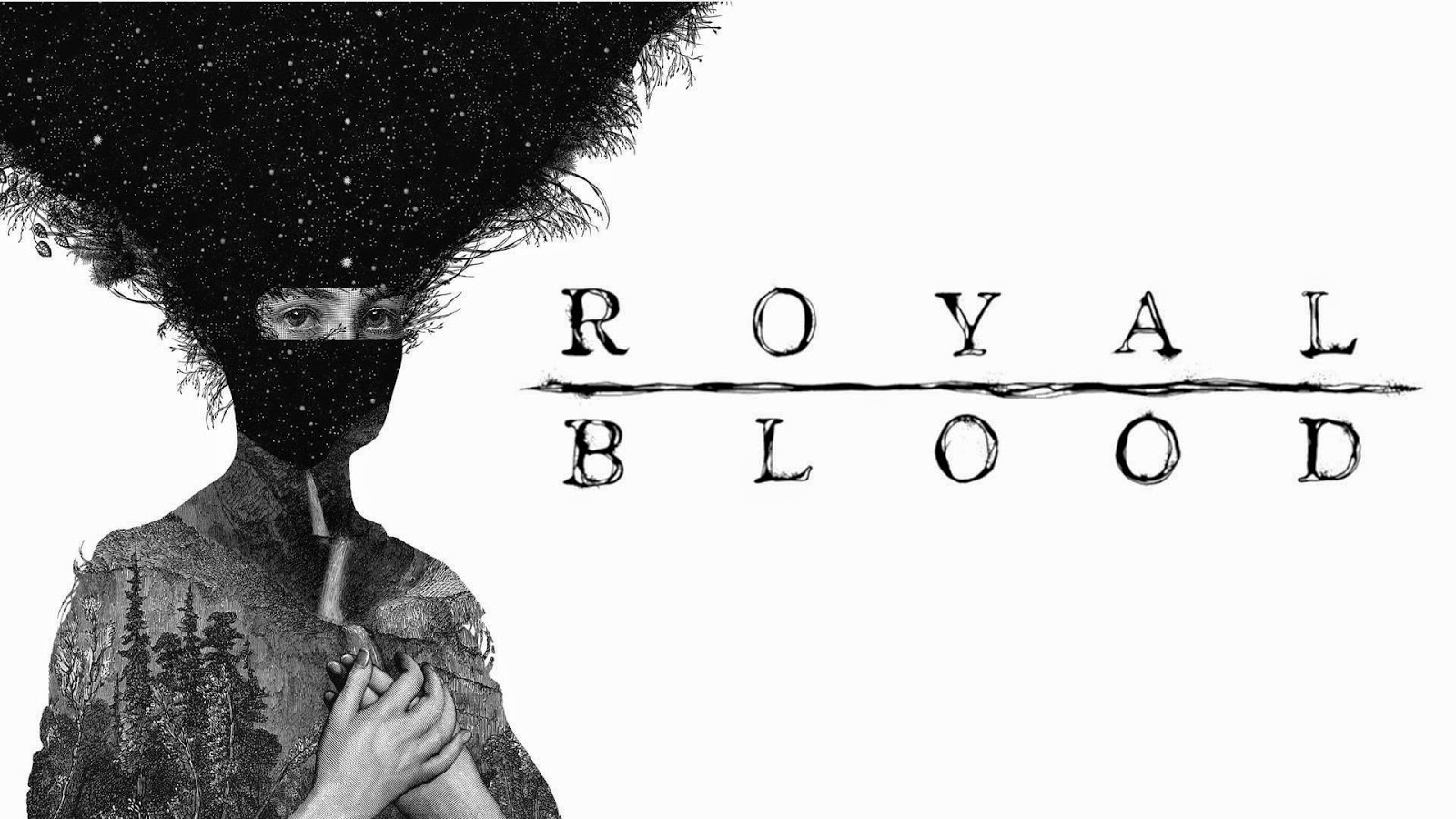 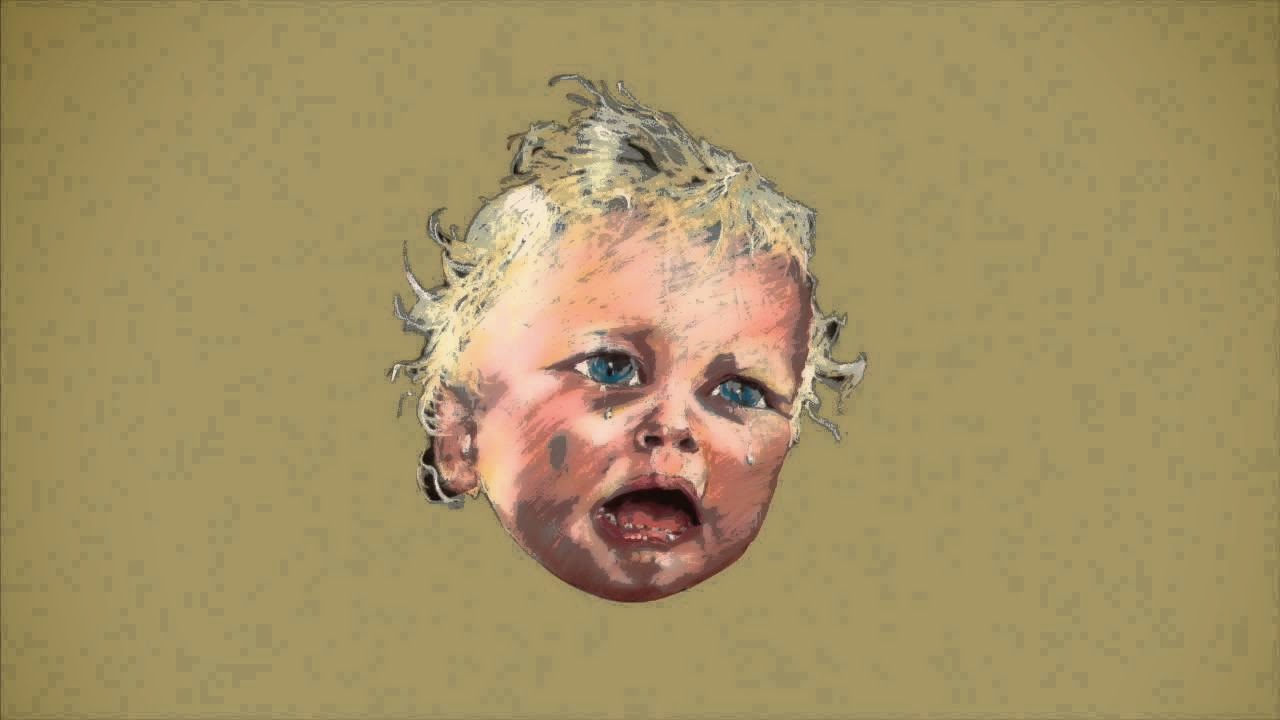