2013 proved to be a really strong year for music, from both familiar and thoroughly unlikely sources. It was a year that saw several unexpected returns – David Bowie kicked things off in surprising fashion, unleashing his first new material in a decade, somehow managing to elude absolutely everybody in this modern social networking era, whilst My Bloody Valentine finally delivered their follow-up to Loveless, a mere twenty two years after the event! Meanwhile, over on planet plastic pop controversy-chasing starlets were spearheading a movement seemingly hell-bent on turning the pop promo video into the pop porno video..…if that is you believed some of the more delusional drivel being spouted by the most easily offended and least capable thinkers of our era (including a couple of notable reactionary 80’s has-beens), whilst the year’s biggest selling single was more rape than rap, seemingly further eroding public decency in the process. The fickle nature of the modern music industry continues to be influenced by mainstream trash such as The X-Factor and its hideous contemporaries, spewing out here today, gone tomorrow, karaoke-bellowing clones, whose careers thankfully seem to implode after one hyped hit single and an ill-advised Twitter tirade. Among more credible musicians however, it was a year of innovation and experimentation, Daft Punk returned and brought glittering mirror ball-adorned disco fever along with them; Arcade Fire similarly threw some uncharacteristic shapes and went all dance crazy, unleashing an ambitious double-album which saw their trademark orchestral anthems largely forsaken in favour of infectious electronica, a move similarly attempted by The Strokes whose taster for their latest album was more 80’s synth pop than scuzzy 70’s New York noise. Here then, is my annual list of favourite musical moments from the past year:

1) FRANK TURNER – TAPE DECK HEART
Frank Turner’s fifth solo record may not be reinventing the wheel musically, it may not be as experimental or innovative or as challenging as many other releases this year, it may not be cool or contemporary enough for scenesters and tastemakers to make its way onto many other end of year ‘Best Of’ lists, but for me Tape Deck Heart is 2013’s finest collection of actual songs. Songs about life, love, loss, regret, passion……real heartfelt tangible emotions. It’s an incredibly candid, caustic and cathartic collection. On the surface it’s a bittersweet break-up album with the emphasis on bitter, but it has so much more texture to it than the initial raw emotions of lost love and fucked up relationships. It’s a record of biting self-deprecating humour, about the falsehoods and fallacy of rock n’ roll, it’s poignant, reflective, yet somehow celebratory and nostalgic, it’s truly self-loathing hate rock you can dance to with a smile on your face and a tear in your eye. It’s ultimately a selection of captivating songs about mental, emotional and physical scars. It’s simply all about the tell tale signs.


2) THE NATIONAL – TROUBLE WILL FIND ME 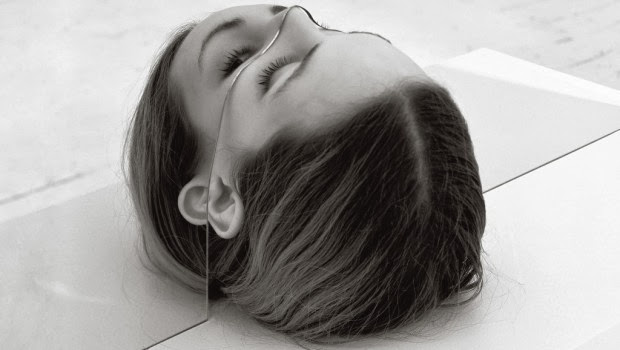 The National’s last album, 2010’s sublime High Violet, was the record that finally saw them shed rock’s best kept secret tag and achieve long overdue mainstream success, it also happens to be one of my ‘Top 10’ albums of the last decade. So quite the benchmark set for this eagerly anticipated follow-up. Trouble Will Find Me is an altogether more solemn, seductive, contemplative collection of songs - less immediate, more multi-layered, beautiful in their bleakness, passionate in their despair and desolation. It’s a record haunted by loss and uncertainty, a poetic, mature, melancholic masterpiece, devoid of theatrics, but awash with soul and emotion.

3) DEAFHEAVEN – SUNBATHER
Sunbather is not only 2013’s best reviewed album overall, featuring high up on end of year countdowns from media sources covering all genres of music, it’s also the first metal album to reach the top spot in Metacritic’s end of year rankings and fact fans…..it’s actually the seventh highest-scoring album in their entire database. Californian noise-mongers Deafheaven’s second album is simply unlike anything else released all year. Heavier than a pregnant brontosaurus in concrete waders, it’s a hugely ambitious and overwhelming cocktail of thunderous post-rock, black metal blast beats and raw blood-curdling primal vocals, which then dreamily drift off on some shimmering shoe-gazing journey into gossamer ambience. Spoken word passages form and fade amongst the vastly dramatic widescreen soundscapes, assaulting the senses with an enveloping wall of noise……..in fact more like a sonic wall of death, with a rocket powered superbike roaring around towards oblivion and beyond. 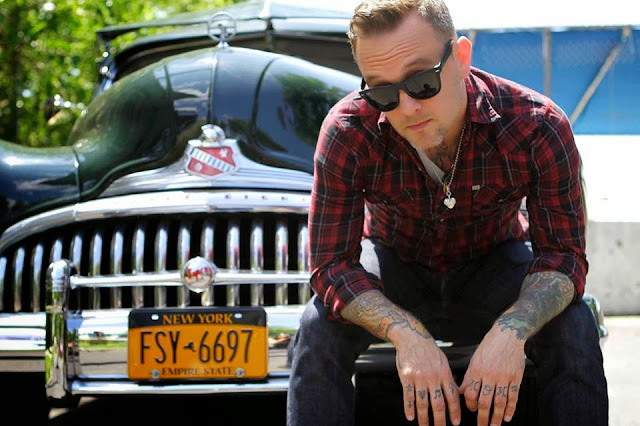 What initially started off as The Loved Ones third album, eventually evolved into frontman Dave Hause’s second solo outing. The follow-up to the criminally underrated Resolutions is a fantastically accomplished collection of classic blue-collar heartland rock songs. Inhabiting a middle ground between punk, Americana and acoustic folk, this record clearly draws comparisons with both Bruce Springsteen and Dave’s frequent tour mates The Gaslight Anthem. Devour is a fine collection of honest, heart on sleeve lyrical anthems, perfectly suited to Hause’s raw, emotionally wrought, frequently sorrowful vocal style, never more evident than in the stirring ‘The Great Depression’, one of the finest songs released this year.


5) ARCADE FIRE – REFLEKTOR
After the considerable commercial and critical success of 2010’s masterful The Suburbs, it was something of a gamble for alt-rock’s biggest band to unleash a double album which largely shied away from their customary cathedral of sound - huge soaring, spiritual, communal anthems cast aside in favour of dancier, edgier, more experimental electronica, all fused with a daunting soundclash of styles and influences from The Clash patented dub beats to celestial spaced-out symphonies. It’s a brave, bold, brilliant record, which reveals more with each subsequent listen, yet retains the band’s core avant-garde appeal without embarking on a complete Kid A type musical U-turn. 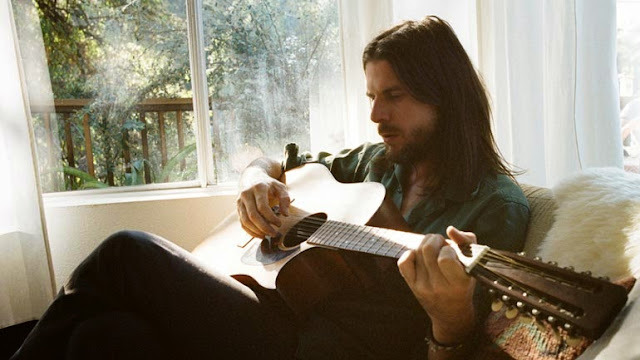 Fanfare is best described as a West coast symphony, a smooth, soothing, summery selection of songs that float around your head like a warm Pacific breeze. You can almost reach out and grasp the Laurel Canyon vibes, it’s like flicking through the well-thumbed pages of the great American songbook, a greatest hits package of Jackson Browne, Dennis Wilson, Santana, Crosby Stills Nash & Young - several of whom coincidentally guest on this blissful record. An ornate and immaculately engineered collection of familiar, fragile, laid-back love letters to California dreaming.


7) MIDLAKE – ANTIPHON
Former singer/songwriter Tim Smith must be kicking himself, for the moment he leaves the band, they go and unveil their fourth full-length release, which is easily their most accomplished album to date. Feeling fresh, invigorated, and unburdened by previous artistic shackles, the band erupts in a swirling psychedelic synth-laden pseudo-prog swoon and lush expansive alt-folk harmonies. An album of inspiration, freedom and creative urges realised. 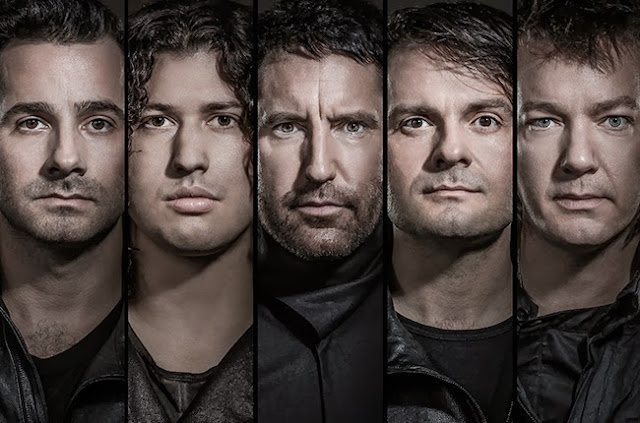 After a five year hiatus when main man Trent Reznor had essentially called it a day for his industrial rock pioneers whilst he expanded his musical legacy into ever more adventurous and ambitious avenues, including a bout of Oscar-winning soundtrack assembly for David Fincher, the return of Nine Inch Nails was always going to be a bit of a gamble – a possible creative and artistic about turn. Fortunately, the absence hasn’t dulled Reznor’s uncompromising, paranoid, sociopathic worldview. Hesitation Marks more than lives up to the band’s past legacy, it’s not an evolution or re-invention of the formula, but an assertion of what made them so essential in the first place. Anger remains an energy it seems, the trademark scarred vocals, snarling, spitting, scattershot guitars raging in a technological maelstrom of looping, brooding synths and robotic insurgency, all still firmly in evidence, and yet amongst all the angst and menace there’s the uncharacteristically optimistic and upbeat ‘Everything’, perhaps proof that Reznor has maybe mellowed just a little during the intervening years.


9) DAFT PUNK – RANDOM ACCESS MEMORIES
As far as career revivals go this is a masterstroke. Eight years since their last studio album (with only 2010’s Tron - Legacy soundtrack in the interim period), Daft Punk return to the fold with their most personal, ambitious and indeed…..finest album to date. Random Access Memories moves away from their anime influenced sci-fi stylings and presents itself as a luxuriant concept album that both deconstructs and evolves dance music in a collaboration-heavy celebration of the duo’s inspirations and idols. It’s a stardust-adorned celebration of insistent rhythm and disco energy, a glowing tribute to dance pioneers like Giorgio Moroder and Nile Rodgers. A creative cornucopia of electro, jazz, funk and soul, nostalgic yet still cool and contemporary, it redefines the genre, but with one foot firmly rooted in the past, exposing the humanity beneath their robotic exterior. Besides, how can you not love a record that pays warm homage to The Phantom Of The Paradise?


10) THE BRONX – IV
Their first album proper for five years, since when they’ve been concentrating on their enigmatic Mariachi spin-off project, sees L.A.’s The Bronx return with a newfound maturity and willingness to evolve and expand their trademark muscular sound. Whilst most of their previous hardcore edges have been shaved off, there’s still evidence of their earlier feral punk swagger, but tempered here by a more melodic hook-laden musicality, even expanding to the restraint and reflection of one of my favourite songs of the year - ‘Life Less Ordinary’ where frontman Matt Caughthran’s raspy vocal reveals a raw, ragged, soulful fragility.


THE BEST OF THE REST: 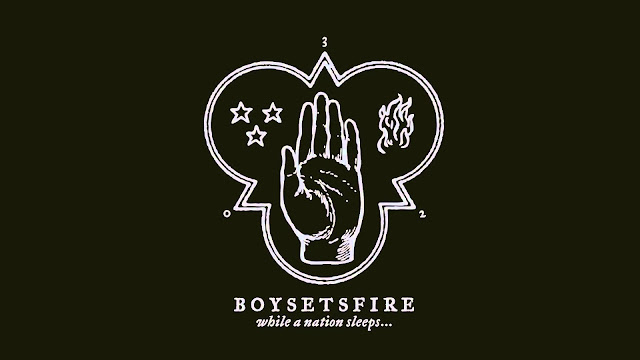 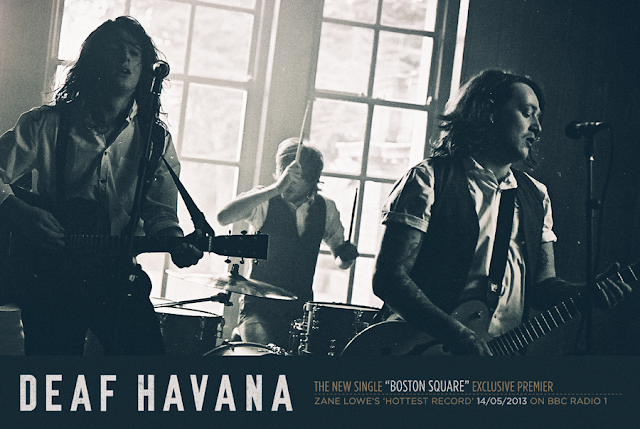 1) DEAF HAVANA – BOSTON SQUARE
Some might scoff at the prospect of a young British band from deepest, darkest Norfolk (the rock cities of King’s Lynn & Hunstanton!) releasing a song that is such a stirring, sweeping, anthemic slice of open road Americana that when I first heard its opening chords on the radio I genuinely thought it was classic era E Street Band blasting away at full throttle. It’s a gloriously catchy, immaculately constructed swathe of widescreen emotive rock & roll, modern but somehow timeless, it’s a song that was the soundtrack to my summer, and it’s a song that in an ideal world would propel them to international stardom. 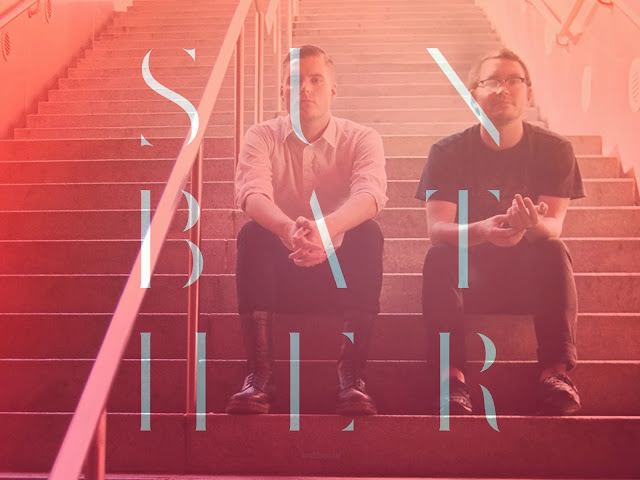 NOTE:  As I write this, the latest Bruce Springsteen album ‘High Hopes’ has been rush-released (and subsequently withdrawn again!) ahead of its previously scheduled January 2014 debut, seemingly in an attempt to counter online leaks. It is therefore hypothetically eligible for inclusion on this list I suppose, but as I didn’t get the chance to hear it, I’ve decided to count it as a 2014 release as was originally intended, and see if it makes the countdown around this time next year.
Posted by Magic Rat Media at 2:26 pm

Email ThisBlogThis!Share to TwitterShare to FacebookShare to Pinterest
Labels: 2013, MUSIC