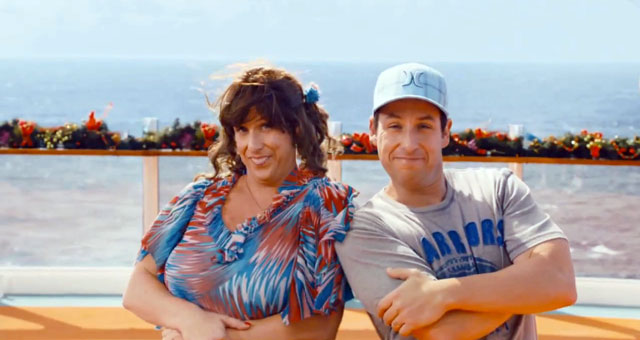 As an aperitif to my imminent countdown of the finest cinematic treats of the year, here is a brief roll-call of shame, the very worst examples of contemptible celluloid sputum and moronic movie manure that I was unfortunate enough to endure in 2012:

1) JACK AND JILL
After a recent batch of desperate duds, this must surely be the absolute nadir of Adam Sandler's questionable career, one which regularly scrapes through the bottom of the barrel to wallow in the festering, stagnant sewer bilge beneath. A hideously flatulent, criminally unfunny tale of terrible twins involving an abject Sandler gurning away in dire duel roles, one of which being a diabolical drag act so toe-curling it would make Martin Lawrence cringe with embarrassment. Add to this the latest attempt at career suicide from Al Pacino, and you have a turgid movie experience that thoroughly debases all involved, particularly any doomed viewer unwise enough to actually tolerate this infantile mess.

2) KEITH LEMON – THE FILM
A hideous vanity project full of witless cameos and alleged humour so crude, offensive and below the belt it makes Roy Chubby Brown look like Stephen Fry. Simply the cinematic equivalent of skinny-dipping in an open sewage works, and if it's possible for a film to rape your soul, this one will do so. Not only does this calamitous, puerile travesty make you long with misplaced nostalgia for the heady days of high-brow, nuanced, intellectual British comedy like Confessions Of A Window Cleaner instead. But it will also make you seriously contemplate thrusting a knitting needle through your eye socket in an ill-advised act of DIY lobotomy to permanently remove the wretched memory of ever having suffered this abomination.

3) JOHN CARTER
Mega-budget bomb from Disney who were so confident of its inherent awfulness they removed the 'Of Mars' from its title in a desperate attempt to disguise the fact this was a science-fiction film at all. In actuality this is a bloated, borderline incoherent, directionless misfire, inhabited by dull characters (hindered further by having charisma vacuum Taylor Kitsch in the lead role), boring banal narrative, and a daunting deluge of eye-popping CGI which tends to look like the special effects department's computers are being violently ill. Perhaps the biggest condemnation of all, this actually makes Avatar look like a masterpiece in comparison.

4) LIBERAL ARTS
Pompous, infuriating, and meandering coffee-shop philosophy tedium of the highest order. Eminently slappable writer / director / star Josh Radnor delivers a narcissistic and charisma-free ode to 30-something angst that lacks cohesion or credibility. Here is a film so full of its own smugness that I cared not a jot for anybody onscreen. A film so priggish and idiotic that its verbose lead character, despite interminably droning on about scholarly literature and droll life experiences, actually needs a pen and paper to subtract 19 from 35! What's even more repugnant is that this film, despite its lofty aspirations, seems to me to be nothing more than nerd porn - read a few books, quote a bit of culture, and women of all ages will instantly fall for your charms. Dire.

5) A NIGHT IN THE WOODS
Budgetry deficient and inspirationally redundant found footage farrago, which rips off the plot and dynamics of The Blair Witch Project wholesale and transports it to a dank, depressing Dartmoor. Much bickering, banality and boredom ensues during an interminable slog of a film, and even for a zero budget 'FF' flick, this is particularly heavy going. 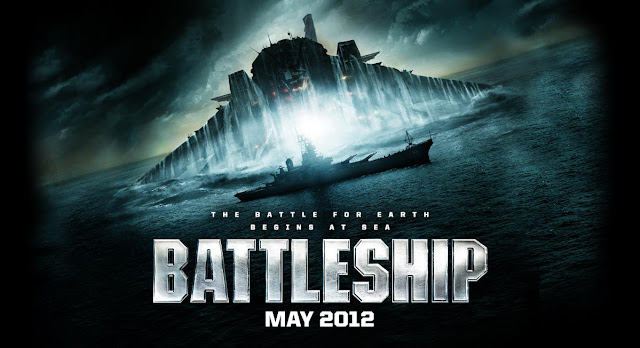 6) BATTLESHIP
It's that man Taylor Kitsch again, who has been rotten in no less than three high profile pictures this year. Battleship learns nothing from the rapidly diminishing critical returns of the Transformers movies, of which this painfully aspires to be, by forgoing any notion of logical plot or endearing characterisation. Instead we are force-fed an onslaught of tiresome special effects and a relentless barrage of turgid action, which at one surreal point actually grinds to an abrupt halt so the weary protagonists can unbelievably play a live-action bout of the game that this film is bafflingly based upon.

7) THE HOWLING REBORN
A far from eagerly anticipated re-animation of a long forgotten franchise, which miserably and cynically attempts to cash-in on the fashionable Twilight demographic. Unremarkably, this proves to be every bit as inadequate, loathsome and uninspired as the previous batch of squalid sequels that tarnished the hitherto good name of Joe Dante's classic lycanthropic trend-setter.

8) WRONG TURN 5
What started off as an above average loonies in the boonies survivalist shocker, has mutated like its backwoods inbred characters, to become a series of films far more crass, crude and depressing. There's a really troubling mean spirit that has permeated this franchise - a jarring, repellent, gleeful sadism, that is showcased here by a scene of a female victim being repeatedly punched in the face. Tragic too, to see Doug Bradley slumming it in this sordid, hateful, travesty, which successfully attains lowest common denominator status if nothing else.

9) THE WATCH
Shambolic, ill-conceived and dreadfully uneven in tone, The Watch snook into cinemas under a pungent stench of disapproval following a troubled U.S. publicity campaign that saw it guilty by association with a tragic real life crime. Lame subplots, embarrassing gross-out gags, Vince Vaughn being even more irksome and vexatious than usual, Ben Stiller sleepwalking throughout with the lack of conviction of a man fully aware of the fact he was trapped in a hideous, futile wreck, and you have a film that missed the balance between comedy and science-fiction by the width of an alien galaxy.

10) BEYOND THE BLACK RAINBOW
To be absolutely fair, I did see several worse movies than Beyond The Black Rainbow this year (see below). But it was the weight of expectation following a string of favourable, almost fanatical, reviews of this film, that led to the crushing disappointment experienced when finally viewing it. Sure, stylistically it was superb, wonderfully evocative of cerebral, slow-burning, pre-Star Wars science-fiction such as 2001, The Final Programme and Silent Running, but style over substance was very much the order of the day here. Glacially slow, with very little in the way of coherent, tangible plot, and at just shy of two hours duration, this was both an exercise in tortuous tedium and a patience-tester of the highest magnitude. That it seems to have the final reel of a completely different film randomly spliced on, and culminates with the most hilariously ridiculous climax in recent memory, just adds to the overriding feeling this was nothing more than an art experiment clinging to the misguided notion of being an actual movie. Overlong and utterly underwhelming.

WORST OF THE REST:

WORST HORROR FILM: A NIGHT IN THE WOODS

WORST ACTOR: RZA (THE MAN WITH THE IRON FISTS)

Email ThisBlogThis!Share to TwitterShare to FacebookShare to Pinterest
Labels: 2012, FILMS